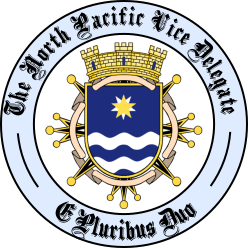 Before I get started with this week's report, I would like to thank Pallaith for holding down the fort while I was out. Further, I would like to thank everyone for their get well wishes! It truly means a lot to me. Now onto the numbers. The gap is continuing to grow between Prydania and me, providing a bit more relief in terms of the number of WA's that we are experiencing. Overall compared to the number of WA's that have left or CTE'ed, the Security Council faired fairly well. We still see a high number of endorsements given with an ASCR of 64.47%. Our Keepers of the North saw a small bump as well. Over the next week, we will continue focusing on building the gap between Prydania and myself.

Back again with another weekly update! Overall the numbers in the region continue to dwindle as we see nations from the Youtube Wave continue to CTE and nations CTEing due to the summer lull. While the region lost almost 40 WA nations, every member of the Security Council did not experience such a loss. We still see high endorsement given numbers from all members and regular logins. Nearly every member of the council made some RMB posts on the regional page.

This past week, I sent out a telegram introducing a new lottery that is open to Keepers of the North. This daily lottery is open to any keeper who endorses nations each day. We are hoping to see some increased numbers of Keepers and those exchanging endorsements. The Security Council is also discussing further ways to encourage endorsements given between member nations. Currently, ideas are centered around weekly goals set with rewards to those who participated if said goals are met.

Never let anyone treat you like a yellow starburst. You are a pink starburst!

Till next week!
~Artemis

As we can see, the numbers in the region continue declining. This can be contributed to the summer months. Overall the Security Council continues to maintain a strong endorsement rating across all members with an Average Security Council rating of 67.58%. This past week was an updated dispatch to endorse Prydania and a telegram blast for nations to endorse Lord Lore, aka Frances Francis the First of France. We will continue to work on increasing Prydania's endorsements as well as other members of the Security Council.

On another note, I am announcing that I will not be seeking re-election as Vice Delegate nor seeking another elected office come September 1st. It has been a pleasure serving as Vice Delegate. For those who are interested in running for Vice Delegate, please feel free to contact me with any questions that you might have.

​
Greetings one and all!

A summary of the Security Council is fairly short, as we have discussed the recently vetoed GOAT Act and begun reviewing threads that could be disclosed. Additionally, I have opened a public comment forum for members of the community to raise any questions or concerns that they might have with the Security Council. This thread can be found here - https://forum.thenorthpacific.org/topic/9192794/

We are coming upon the end of the term with one update left for me to give from this office till the next Vice Delegate takes over. I do hope that the next Vice Delegate will continue the tradition of posting these regular updates that were started by Pallaith a number of terms ago. This post will serve as my End of Term address with the next update serving as the final of my term. I will also post a start of term list for the Delegate transition.

Overall our numbers remain strong and we are approaching the end of term with all members of the Security Council maintaining endorsement levels above 1,000 and SCR of 65%. Additionally, we are seeing increased engagement from members of the Council with the RMB. I would say that this is a strong finish for our summer term.

Summary of Term:
This term we as a region were able to capture and hold the #1 position for World Assembly Endorsements for quite some time and continue to hold this position at the time of this update.

I shall keep this update rather brief. As you can see, the numbers for the Security Council remain strong. There is a 52 endorsement gap between myself and Prydania. Many members of the Security Council continue to engage with the gameside community. We are currently sitting at an ASCR of 66.81% with 810 Keepers of the North. I will post one final time once the results of the election have been announced to give the new Delegate and Vice Delegate numbers for them to start working with. As a reminder, please vote in the election. This is your opportunity to profoundly impact the direction of the North Pacific for the coming term and beyond.

Deputy Speaker
-
-
-
Congratulations and thank you for some great terms as Vice Delegate, Artemis. Your consistency and intelligence that you bring to the table is something that is often overlooked. Best of luck in your future endeavors!

-
-
-
Sad to see you leaving the Vice Delegacy. Thank you for all you've done for the office and the region as a whole; the next VD will have big shoes to fill.

It is my pleasure to congratulate you on your election. As promised, here are the starting numbers for your term as Vice Delegate to help get you an idea on where we stand in terms of the Delegacy and Vice Delegacy Transitions.

-
-
-
-
-
Thank you for several fantastic terms, Artemis. And, welcome, Dreadton!

Office of the Vice Delegate

Another general election has come and gone, a good pat on the back to all those who participated in the best part of the region. As we saw in the Delegates race this go around, every vote counts and the elections can be very close. A big congrats, to @TlomzKrano and @St George for winning their respective races, and @Vivanco for winning the Special Judicial Election.

My very first update and I can say we are looking good. As you can see from the chart I was taught how to use, Tlomz is currently in the number 17 spot with 843 endorsements. He will need a total (as of this post) of 273 endorsements to take the top spot. During the Drew wave and Prydania's transition there was a gap of 707 endorsements between Prydani's rank (22nd) and the top spot. From the announcement of the results to now, Tlomz has gained 33 endorsements.

At the time of the election results were published, I was in position 16 with 863 endorsements. Today, I am ranked 15 with 875. This is a gain of 12 endorsements. When @artemis assumed the Vice Delegacy, he was already in rank 2.

-
-
Looks like I had a bad week posting on the RMB.

It has been a week of gains in the Delegacy Transition. Kranostav /Tlomz has gained 45 endorsements over last week. This moved him from number 17 to number 16. We gained back 23 Keepers of the North, after our losses from the Delegacy/Vice Delegacy transition. Comparing this to Week 1 of Prydania’s transition, this is just slightly higher. Where we are going to see the biggest difference is Week 2, Prydania gained 300+ Endorsements. I expect us to plateau a bit there and we won’t see those kinds of numbers.

To help combat this and to speed the transition along, the Ministry of Cards is assisting the regional card bank in preparation of an endorsement event. This event will target former Keepers and World Assembly members who are not endorsing Kranostav/Tlomz and myself. This will be a trial of sorts to see if a card base endorsement event can speed transitions along.

On the Keeper of the North front, we gained back 23 Keepers out of the 149 that we lost. Telegrams to those Keepers who have lost their status have been sent out. We will continue to target those nations in hopes of getting them back. I expect the number to go down again, should Former English Colonies’s application to the Security Council pass. Although I do not expect it to be by much as FEC is in the top 20. We have lost 7 World Assembly members this week, half of the number we lost last week. During this term, I would like to start including reasons why those nations left. Is it because they moved? Left the WA all together? Moderator Action? Such details may be useful in predicting trends for other WADP programs.

In Security Council News, Former English Colonies’ Security Application is at vote. The North Pacific Security Council Disclosure Act became law today by default. I will be spending the next few days reviewing threads to see which are available for declassification. I plan on opening a thread for citizens to request a particular file they may want.