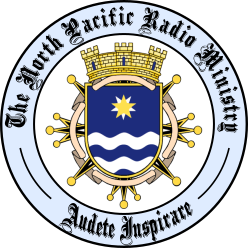 Fall Term 2020 Brainstorming Thread​
As you may have read in my Opening Address for the term, the Ministry of Radio will produce eight shows this term, at a rate of one every two weeks. I believe this to be a goal that is well within our reach as a Ministry and does not represent an over-promise on the part of Tlomz. That said, I'd actually like to aim for 16 shows to be released this term, on a weekly basis. As I noted, consistency is key, and reaching for a higher frequency means we also have to be able to achieve consistency at that rate as well. The way I envisage this working is to have a major show (such as a TNP news show, an RP-centric show, or an interview) produced once every other Friday, as well as a minor show (such as a tutorial or feature show) produced once every other Friday, but offset from the major shows by one week. That means we need *at least* eight major shows and eight minor shows to be held this term (including shows held for festivals/events). Please suggest topics in the thread below.

-
-
-
This post contains a list of proposed shows. I'll be updating this as ideas are contributed. I'd like a TON of ideas, so don't worry if the 16 show cap is exceeded.

Major shows:
1. Post-election News Show (covering the close race for the delegacy, other races including VD, Speaker, and the special Judicial election results, recent trends - especially with respect to the Security Council)
2. Interview Prydania about his term as delegate (successes, challenges, regrets, legacy)
3. Interview our new External Affairs Ministers (Cretox, 9003, Sanjurika are not only new to the Executive Council, but they have big roles to fill)
4. Interview our Internal Affairs Ministers (how to work together this term to best streamline regional recruitment, advertise publications & festivals, and promote RP)
5. Interview Lord Lore on his role as Eras Cartographer over the last several years
6. Midterm News Show (panel includes Speaker & Delegate, and others on the executive. Discussion about how term is going, transparency)
7. End-of-term News Show (Reflection on progress made, challenges faced, problems that remain)

I suggest a show is made about the state of the NPA and it’s missions (I don’t know if this is major or minor)
Last edited: Sep 12, 2020

-
a more casual feeling show, a bit of the original NBS, just a couple people sitting around and chatting about tnp/ns. A bit less interview, a little more of just a conversation (think like a traditional radio show). Maybe a few talking points, maybe not so broad a topic, focus in on NPA, or the rp side, or maybe if there's some specific event that'd be interesting to get a couple different views on

a short overview of court cases, posted after the verdict, could even work as a bit of a tutorial for some of TNP's legal code

We actually already have this. Still working on the basic overview of different Ministries, but everything else already exists. May need an update though.

-
-
-
With the RP community and in collaboration with Culture we could make a voice series of a story, like an audio book. It could be about the region, of some nation's roleplays, etc.