Booth of the Valkyrian Republic

The country is a unitary parliamentary republic with a president and chancellor serving as the heads of state and government respectively. While the president is democratically elected by the people in a direct, instant-runoff vote, the chancellor is appointed by Parliament, who themselves are elected in a mixed-member proportional representation electoral system. Before August 2020, Parliament was a bicameral legislature composed of the Citizens Assembly and National Assembly, but a referendum passed earlier in the year which abolished the upper chamber and left Parliament as a unicameral legislature. 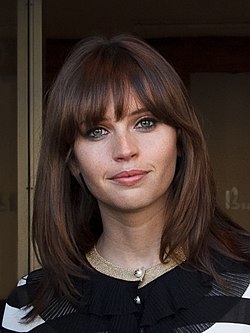 Kate Murphy​
Since August 2018, Valkyria is a republic that elects a president to a term of six years and serves as the head of state. For two years prior, the country was a constitutional diarchy until the passage of a referendum that brought its end. Since August 2019, Kate Murphy has served as the first elected president of Valkyria. A member of the Labor Party, Murphy represents the democratic socialist faction of the party that receives electoral support from the nation's urban centres, often competing for seats against the likeminded Socialist Party.

In the July 2019 general election, Murphy won the election as the uniting figure of the Valkyrian left, winning the support of democratic socialists and social democrats alike and more than a third of the social liberal vote, which was enough to defeat Victor Cutter, a former president of Qvait, in the sixth instant-runoff round of the presidential election. However, due to the defeat of the Alliance of Social Democrats in the parliamentary election, Murphy serves as the head of state of a nation that also elected a conservative majority in Parliament. 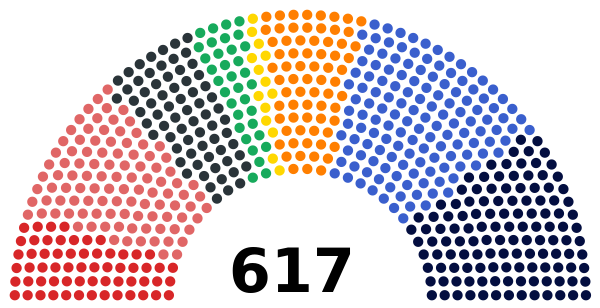 The composition of the 2nd National Assembly​
After the July 2019 general election, Parliament has been led by the New Conservative Coalition, an electoral bloc composed of the Conservative Party, The New Right, and the Centrist Democratic Party. Led by Conservative leader Stella Kaufman, the Coalition entered into government after defeating Labor leader Margaret Harrison's Alliance of Social Democrats, now composed of the Labor Party, the Populists of the Left, and the Socialist Party. Centrist Democratic leader Bradley Murphy served as the so-called queenmaker in the election, opting to enter into a government with Kaufman as chancellor instead of reelecting Harrison.

The agenda of the new conservative government is security-oriented based on Kaufman's previous career as an intelligence official, nationalism led by Nicole Chancellor and The New Right, and partial privatisation of the public sector led by Bradley Murphy and the Centrist Democratic Party. Since the new government's formation, Parliament has passed the Expansion of Security Powers Act 2019 (ESPA 19), which strengthened the powers of the security services, and introduced greater restrictions on immigration with the Immigration Regulatory Act 2019 (IRA 19).

World Forum
Valkyria is a founding member of the World Forum, an organisation that inaugural chancellor Margaret Harrison played a critical role in establishing. Harrison viewed the World Forum as a step toward her agenda of peace and multilateralism, but this agenda has been challenged within Valkyria, especially after the Alliance's defeat in the July 2019 general election. Since then, the new government has taken efforts to dismantle Valkyria's membership in the World Forum, an effort led by The New Right leader Nicole Chancellor, a fervent nationalist who deeply opposes the international organisation.

Foreign relations
Since November 2019, Valkyria has been at war with its neighbour, Hystaiga, accusing its government of committing state-sponsored terrorism against Valkyrians. Chancellor Kaufman accused the Hystaigan government of perpetrating a June 2019 chemical attack on a Stockholm nightclub that resulted in the death of 192 people and an October 2019 incident of a Valkyrian fighter jet being shot down near the border between the two countries. As of April 2020, the government of Hystaiga has gone underground with its leader in the custody of the Valkyrian military. The country itself has been under military occupation since then with the Hystaigan military waging a resistance campaign against the Valkyrian military.
Last edited: Aug 4, 2020