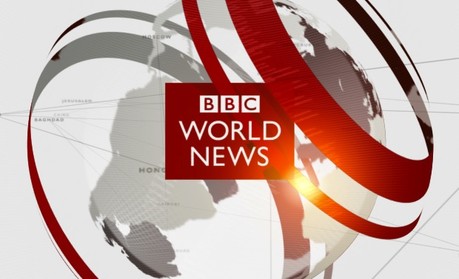 Discussions:The Future of the United Kingdom​

The defining issue of the August General Election was the growing sense that changes should be considered to improve the community of the United Kingdom. Prime Minister Lucas Stewart clearly heard those calls and responded by launching a survey, allowing the government to get a sense of which areas of the region needed improvement. The results are still in the process of being tabulated.

On the political front, Sinn Fein have launched their own party conference called “Sinn Fein Ard Fheis”. The conference aims to discuss and develop measures aimed at reforming the political environment of the United Kingdom. Change UK and the Liberal Democrats have recently merged to revive the Liberal Party, with the aim of spearheading change for the region.

Every weekend in the United Kingdom is always spent being glued to our mobile and computer screens (Psss…we know it’s not healthy…But with Brexit round the corner, it’s not safe to go outside.). That’s because of Weekend Games! Every weekend, the region is introduced to an online browser game which we play to compete against each other. We’ve so far played, War in Space, Doodle Jump, Agar.io and that all time classic Pacman!

Constituency Battle makes its return to our region’s culture scene once again. This time with a new concept in place, instead of the usual spam games and werewolf. The Culture Office decided to go all out with a quiz based approach to Constituency Battle. Participation helps your team last for the long run and so far it looks like the England team is dead last.

The Crown Court of the United Kingdom was called into action recently to decide whether the Executive Simplification Act was unconstitutional. The act aimed to give the Prime Minister greater flexibility to structure the composition of their cabinet with less bureaucracy involved. However, this piece of legislation was controversial as it was felt to have violated the separation of powers between the legislative and executive branches of government.

During the course of the case, it was discovered that the Act give the lower house of parliament; the House of Commons the rights to veto the decisions of the Prime Minister regarding their cabinet composition. This was a direct violation of the constitution as it neglected to consider the upper house of parliament; the House of Lords which is included as part of the Parliament of the United Kingdom.

The Crown Court ruled that in its existing form, the Executive Simplification Act was unconstitutional. However the court did remark that the act can be considered constitutional, provided that parliament amend proposal to give both houses of parliament (Commons and Lords) veto powers over the composition of the cabinet.

This is not the end of the story though. Ms Constance St James who initiated the case against the government is seeking for the case to be reconsidered by a larger five judge panel. The panel upheld the decision that the Executive Simplification Act was unconstitutional. However instead of ruling it unconstitutional on the grounds of a technicality, it supporting her argument that it would have violated the separation of powers under the constitution.

A Garden party was recently hosted on the grounds of Buckingham Palace. HM King Edward X took that opportunity to announce his Honours list. The following citizens of the region were awarded honours for their contributions to the United Kingdom:

-
-
-
Thanks for the update!
You must log in or register to reply here.
Top