Rumors of our Demise have been Greatly Exaggerated

Rumors of our Demise have been Greatly Exaggerated​ 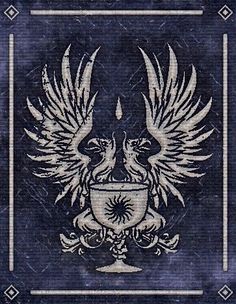 The Order of the Grey Wardens

The Landsmeet is designed to be a regional-discussion in which we contemplate the implementation of a possible government system and expanding cultural activities within the region. It's come to our attention that the vast majority of our region is tailored towards those that are only involved in military gameplay in NationStates. We want to establish further options for other people in our community to get involved and expand what we can all do together. To accomplish this goal, we have opened up discussions on how we can build our region up to civilian activities like culture, roleplay, government, and much more. Further information can be found at the Entrance to the Landsmeet.

With the retirement of several members of our command team, including our founder Benevolent Thomas, the remaining commanders (Altmoras, Deadeye Jack, and Tim) decided not to close up shop, but instead to bring in new blood and reshuffle the existing command structure in order to maintain our Order's momentum for the foreseeable future. Firstly, Birdkeeper was promoted to the position of Warden-Constable where he will assist the commanders in leading operations and take the lead in their absence. Second, Deadeye Jack will be serving as the Order's new Chamberlain where he will take over responsibility for our records in addition to his current responsibilities as a commander. Third, Altmoras will step into the vacant seat of High Constable where he will take charge over the Order's foreign affairs and serve as our Second-In-Command. And last, but not least, Roavin will be assuming the role of First Warden in a ceremonial capacity until the conclusion of his term as The South Pacific's Minister of Military Affairs, whereupon he will assume his full role as our new leader.

The reddit/imgur boom of September 2016 caused many regions to reach record highs in population and The Order of the Grey Wardens was no different. Following the boom our region hit a record high of 333 nations, with over 50 of those being WA members. This growth also translated into our military as several promising new members were inducted into the ranks of the Wardens. Overall we're very happy with our new friends from imgur and reddit, less so with the 2 hour long updates that they brought with them.

Despite our somewhat reduced volume of boasting lately, the Wardens have in fact been doing a lot of important work, and with the return of our resident ribbon maker Tim Stark we are once again able to give our troops the accolades they deserve for their excellent performance.

Firstly we have the ribbon awarded for The NSIA Raid. This ribbon is awarded to all the Wardens who participated in the titanic 84 updater team that seized the notorious Fascist region known as The NSIA or The National Socialist Invasion Army. This cooperation with all branches of gameplay to destroy such a storied instrument of Fascist hate stands as a testament to our Order's resolve to not only defend, but to strike back against those who would harm vulnerable NS communities.

Olevsky​
The second ribbon was awarded for the liberation of Belgium and The North Woods in the same update. This ribbon is awarded to all the Wardens who participated the colossally successful operation, in which the Wardens and our allies liberated both large occupations in a single update. This operation also marked the beginning of our cooperation with The United Defender Brotherhood, a group that had been long on the fringes of Defenderdom, who stormed the gates right along side us in a promising symbol of Defender Unity. In honor of the aforementioned cooperation, this operation has been lovingly named Operation Defender Illuminati.

Awarded for Operation Defender Illuminati on the 29th of October, 2016

-
-
-
Thank you Altmoras! It's good to see that the Wardens are still doing well.

Thanks for the update, Altmoras! And congratulations on your promotion.

Thank you Altmoras! It's good to see that the Wardens are still doing well.
Click to expand...

Thanks for the update, Altmoras! And congratulations on your promotion.

Does it count as a promotion if you give it to yourself?