Embassy of Greater Dienstad to TNP

Welcome to Greater Dienstad's Embassy to the region of The North Pacific.

This Embassy is intended to serve as a point of contact between our two regions, as well as allowing Greater Dienstad to answer any questions which you might have about our region, our members, and roleplaying itself. We hope that an embassy exchange will allow both sides to get to know each other better, and thus have our already friendly relations grow stronger.

Greater Dienstad is the quasi-reincarnation of Imperial Armies, with its own twist and with its own image. The region is a hodge podge group of nations with vastly different clients and cultures; the region was founded and recognized as a region post-bellum (War of Golden Succession). Anybody can join!
Click to expand... 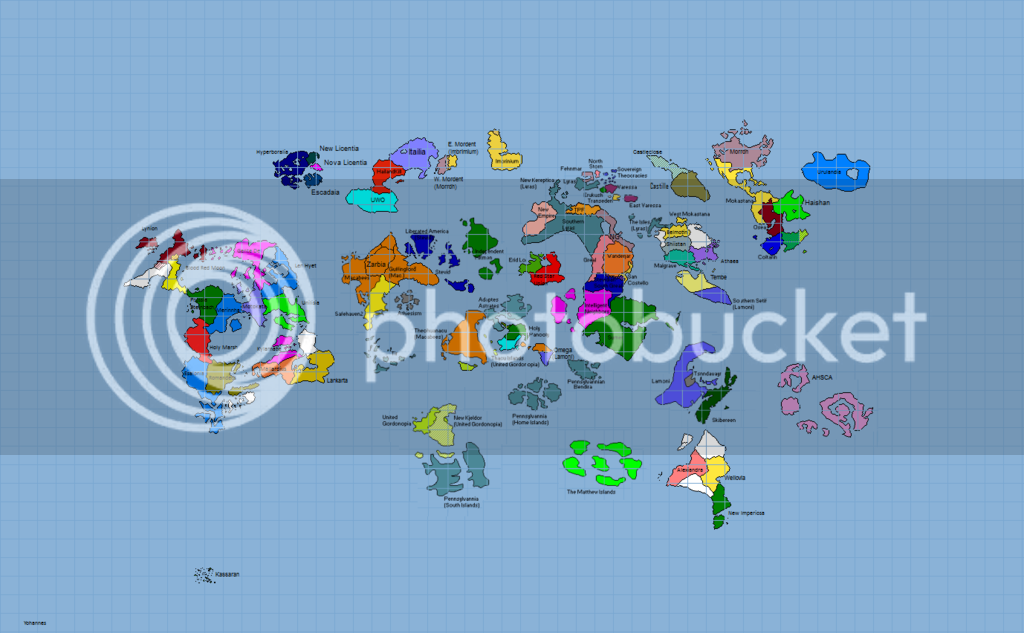 Greater Dienstad was founded during the War of Golden Succession by the Second Empire of the Golden Throne as a "replacement" to Imperial Armies, which some considered had died during the internal demise of Guffingford. Greater Dienstad is best known for its larger powers, including the Second Empire of the Golden Throne, Hailandkill, Stevid, and various others. It's also known for the dozens of landscapes which are so un-naturally linked together in the region, including massive and sprawling rainforests spawning next to extensive deserts. The emergence of polar environments so close to each other, and with no apparent explanation, has also led to the growth of multiple cultures and nations in the islands that make up the region.

The origin of the region's name is as much a power play as anything else. During the War of Golden Succession one of the powerful players, Guffingford, fell apart due to Divine Intervention. God, benevolent as he is saw Guffingford to be a most defying force and the showdown was, against the wishes of the world a farce instead of a reckoning. The result was a vacuum, and it was not long before the other superpowers of the region worked to reorganize it to their liking. In the end it was the Second Empire of the Golden Throne which succeeded, renaming the region Greater Dienstad as a manifestation of their attempt to stamp the region as their own backyard. It succeeded, albeit post-war, and most of the nations by the end of the war accepted the regional name although it didn't necessarily mean that they agreed to an Imperial hegemony over the region. Nevertheless, Greater Dienstad had stuck. Originally, Dienstad was the core of the Empire, although the capital was moved to Fedala after the Great Civil War and it signifies Imperial power. For that very reason it becomes an ideal option for the renaming of a region which is supposedly under the guidance of the Second Empire, even if it's not necessarily true. But until the next major regional war it does not seem as things are going to be changing very soon.

The word Dienstad comes from the God Dientór, old God of War of an ancient kingdom known as Manaleth during the pre history of the region, which occupied roughly the area of modern Dienstad. The Empire has been destroyed and created twice from war. It would only be an apt title!

The history of Greater Dienstad begins in the year 2016 (according to the (in-character) Imperial Calendar) during the War of Golden Succession, which begun in May of that year. The region was previously known as Imperial Armies, founded by Guffingford. However, in July 2016 Guffingford collapsed under the weight of war, foreign pressure and internal disturbances. The effect was catastrophic, lengthening the war and expanding it through the entire region and abroad. Gerfanlich, the only independent kingdom of the Old Empire to survive the Great Civil War, was emboldened to jump into the war, and Stevid and Independent Hitmen suddenly focused their efforts to dismember the Second Empire of the Golden Throne. It would only be a matter of weeks before New Empire, Jagada and others joined against the Empire as well. In an attempt to show its allies that it was still strong the Empire took the liberty to reorganise the region under its wings, whether or not its enemies recognised the effort. Nevertheless, by the end of the war the region had without a doubt become Greater Dienstad and most nations of Imperial Armies had recognised the change.

Greater Dienstad's geography is similar to that of most regions; a hodgepodge of islands. Most nations in Greater Dienstad are island nations, but several have land borders.

Hello, Syrixia. How are things going for you today?

-
-
-
-
Always nice to see RP regions branching out and stuff. Give my regards to Lyras next time you speak to him. o/

Will do. Lyras is a friend of mine.

Lamoni:
Hello, Syrixia. How are things going for you today?
Click to expand...

Great. Made a damn awesome new signature signaling my full name, which at this point I don't even remember.

A number of posts have been split from this topic and removed to a location for inappropriate content. Further moderation action may occur regarding this matter.

Thank you, Eluvatar.
You must log in or register to reply here.
Top