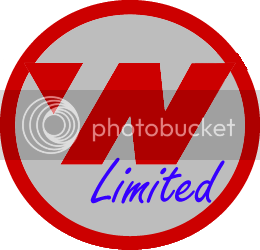 Northwest Limited is a relatively unstructured Corporate RP, where characters are employees of the company and plot happens through "emails" sent back and forth. This RP is open to anyone and everyone. The original Northwest Limited RP is in Equilism, and can be read (for many laughs) here. To make this a more entertaining experience for everyone, here are some ground rules:

All posts must be in email form. No in-person conversations, telephone calls, broader description, or anything of the sort. JUST emails.

Using emails, you are free to tell a story directly through a conversation, or hint at it indirectly ("Oh dear, I hope your project doesn't turn out like Jim's did last year. We never did find all the marbles..."). Please be as creative as you like!

On a similar note, part of the fun of this style of RP is making use office stereotypes and bringing them some extra absurdity! Have fun with excessive bureaucracy, stolen lunches, defaced bathroom walls, coworkers chewing gum, whatever you want! And if you've read Company, feel free to take some cues from the horrors of Project Alpha.

Please stick to only one character at this time. For one thing, we want everyone to be able to find something that interests them, and if early players create multiple characters at once, that might close off several options. For another, this works out better when characters get some development and interpersonal interaction, and adding too many too quickly detracts from that.

Please don't everyone default to playing as a manager - it can be easily overdone, and most of the best jokes are only possible with lower level workers - like the poor, beleaguered IT person trying to explain a computer virus to someone computer illiterate.
(My favorite line of all time is still from Sev's IT character: 'Please be aware that "bug reports" should be filed on computer crashes and other software glitches. For literal infestations of ants, please contact Pest Control.') That kind of thing isn't possible when everyone is a manager, because managers generally don't do the same work as the employees of their departments.

You do have complete freedom to invent NPC characters by word of mouth - that is, your email can definitely mention "Lisa in Accounting" and what she said last week. But you can't control them directly, and you're not in charge of what they're like or how other characters interact with them. All participants are heartily encouraged to expand on previously referenced NPCs for entertainment purposes.

All NPCs should be treated as plausible individuals with collaboratively developed personas. If an NPC has been referenced extensively in prior emails, future ones should be in keeping with the personality as established.

New players are welcome to adopt referenced NPCs as their own character, if they feel comfortable playing the persona that has been already established.

The long-term plot is a secret collaboration between myself and Grim, and we're going to reveal it in drips and drabs as appropriate. Please leave that aspect of things, as well as really any reference to the outside world, alone. Obviously it's fine to mention partners/kids/whatever if it's relevant to the character, but this doesn't take place in TNP or in the real world, so the events of either one won't come up. No emails about Syria, or the latest war between Nebula and Syrixia, or anything like that.

Small-scale, though, you can invent whatever plots you can imagine. A conspiracy between catering and accounting to drive administration insane? Great! A plot by security to manufacture a crisis and earn themselves raises? Perfect! Past disasters and current mistakes? Wonderful!

But do keep in mind that this is collaborative, undirected storytelling, and events described should be flexible enough for all participants to work creatively with them, as well as remain within normally plausible real-world limits unless otherwise granted permission by a thread OP (either myself or The Grim Reaper).

This thread can be used for questions, plot plotting, character assassination, and more! Now, get cracking.

I'd like to claim my character from the Equilism form of this RP - Jack Butler, head of Research & Development.

(We can say that he was transferred here from the Equilism Office.

We just won't get into why he was transferred...

-
-
-
My character can be Joe Baxter. He's a kooky nerd who does his work too well and also knows way too much useless knowledge.

Basically the IC representation of my IRL personality.

I want to be Wrenolly Taverner, Intern.

What would you suggest?

Anywhere you like! Whatever will be most interesting for you!

-
-
I want to play an assistant manager or such, so close to a promotion, yet so far.

They usually are assigned the manager's busy tasks.

Jack's assistant back in the Equilism met an untimely demise in the beta test of Project 36. He's looking for a new bitch sycophant protege.

Bootsie:
I want to play an assistant manager or such, so close to a promotion, yet so far.

They usually are assigned the manager's busy tasks.

How would it be if no one knows exactly with which department I'm interning?

How would it be if no one knows exactly with which department I'm interning?
Click to expand...

Could be funny. Depends on what Asta and Grim think, I suppose.

How about I do... Adam West. the obnoxious and slightly misanthropic rep from HR.

-
-
-
-
-
-
I'll be Barbara Nelson, Human Resource Management. Very uptight and insane about small things - cleanliness of the staff room, people eating each others food, tidy desks. Basically someone obsessed with cleanliness and stuff nobody else really cares about.

For the most part, yeah, we're pretty tolerant of character ideas. I think all of these would work, including the Wandering Intern.

I'll probably be filling in a department role once the RP has started up. My old character was head of Security at Equ - I could import him if both Vaz AND Asta are bringing theirs in. But I get the feeling Asta wants to try something else?

You should definitely import Richard, Grim. I loved our little rivalry.

-
-
-
I'm not importing mine. Keeping the same role as I had before because I like it, but starting over with a new character

Jason Ingram. He's in maintenance, but is seriously sick of fixing your shit up. Aspires to some larger role, and is sure there is a conspiracy against him.

Note: A de facto manager is someone who has not claimed to be a manager explicitly but is the only player in their department. If you are marked as a de facto manager, just ask and I'll either make you a manager or push you down to an ordinary employee at your request. De facto managers are just characters who were the first in their department, and hence get to accept or reject the role before it reopens to NPCs/other players. Furthermore, if your department is wrong, do tell me. This directory is a representation of what I know, not what I'm making your character be.

Note: I will hotlink your character name to a profile/bio if one is posted in this thread.

I will be reprising Richard Abercrombie, but having been side-moted to the role of an internal consultant working for Northwest International, assigned to work under Martin Groznyk. He'll be coming to terms with the fact that he won't be working with any staff or set portfolio, besides the explicit mandate and the role-prestige to get stuck into corporate politics and direct it for the good of the office. Hmm? What was that last bit again? I've forgotten.

-
-
-
I'll have Baxter be the Deputy Manager of Research and Development. Because he certainly knows a lot of useless crap. XD

Ingram is certainly not a manager -- he has received a promotion or two, but that's about it.

Can I have Sandra Knox also moved to unknown?

Syrixia and Guy's character, and Guy's NPC have all been adjusted.

You may want to add Zeke Nichols as an employee in Research & Development. I intend to make him a scapegoat recurring NPC.

Here's the code for the email header since the icons can be annoying to type out:


Code:
You must log in or register to reply here.
Top