April has been a very hectic month .
It all started after the swearing in of the new Govt under the Chancellry of Borduriaa.

1) There was an emergency legislation ( REC Balancing Act) ,proposed to clip the powers of the Regional Executive Council of CoC by Emmanuel Bassil of Belhorizon, which led to a fiery discussion in the Debate hall of the Crowns Assembly. Chancellor Borduriaa was the most vocal opposition in this regard. The bill has'nt got past the debating stage , with the originator's continued absence from the proceedings.

2) A Constitutional Amendment for reinforcing the monarchist traditions of the region [The Monarchist Government Violation Act] proposed by Gennomia and San Monteriano could'nt form the necessary quorum (25%) and hence failed.

3)The 'Commonwealth Revenue Service Act " , a legislation to introduce taxation in the CoC, proposed by Finance Minister Lentheric was also struck down as unconstitutional by Secretary General Noorderkwartier. ALthough the bill showed promise, the SG felt that taxation would interfere with the sovereinty of the nations in the region.

4) The Order of succession Act , proposed by Renovia saw rough weather when initially Secretary General declared it unconstitutional. This was later retracted and the bill judged as constitutional. The bill garnered support and was passed in a 14:1 Assembly vote, with 1 abstention.

Outside the Assembly, there were major discussions initiated by Belhorizon about the introduction of a money system in CoC, complete with tax reforms.

Once again the 200 mark proved to be elusive as there were a lot of nations CTEing. It is hoped that by June, we would be able to cross the barrier and move over to the 250s. We have witnessed the return of active controversial member , The Sandwich Isles back to CoC .

1. The Coup-de-etat in The South Pacific:
The coup in the South Pacific and the dissolution of the CoC embassy by the renegade delegate, Milograd had a ripple efect in the CoC. Members were appaled that the democratic traditions of the region were thrown to the winds and a sinister agenda was being shoved down the throats of the TSP civilians and natives. The illegitimate ejection of close to 400 natives and allied forces in TSP was an issue which rattled us. The so called "Revolution against Oligarchy" was also against the monarchist traditions of the CoC.

Despite our professed neutrality in the gameplay arena, and after the CoC embassy in TSP was dissolved, the REC of the CoC took a tough decision to offer moral and military support to the Govt-in-exile of the South Pacific in their struggle to topple the leader of the Coup, Milograd. The CoC sent it's soldiers to take part in the endorsement campaign for Brutland .

We also established embassies with Free South Pacific--the seat of the Govt-in-exile of TSp which we recognize as the legitimate govt. of TSP.

CoC Soldiers in Counter-Coup covert action inside TSP territory as part of the Allied effort against the Milograd forces: 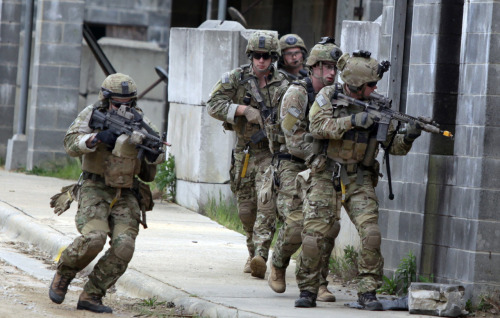 The Chancellor of CoC issued a message to the TSP on the coup as such:


Letter of support from The Commonwealth of Crowns to The South Pacific::
The Regional Executive Council of the CoC has watched with trepidition the ghastly turn of events in The South Pacific, wherein the trust imposed on a delegate has been grossly betrayed and hundreds of natives exiled towards fulfilment of a dictatorial whim. The Delegate in question, Milograd has sought to destroy the well entrenched rule of law and upturn the democratic traditions of the South Pacific and wishes to turn it into a tin pot Banana republic.

The demolition of scores of embassies with regions without any notice also smack of scant regard to established International norms on inter-regional diplomatic efforts . We condemn the dissolution of embassies, which have been established after huge efforts by dedicated members, by the rouge delegate.

We stand in solidarity with the denizens of The South Pacific and will provide steadfast support to the re-establishment of democratic traditions of the region.

A small CoC force penetrated the shores of Milograd's citadel and offered WA support to the nominee of the Govt-in-exile of the Coalition of South Pacific. The attempts have been repulsed several times by the Milograd forces which have used brute force.

We have immense hope that the combined allied effort will be able to restore normalcy in TSP .

Borduriaa
Chancellor,
The Commonwealth of Crowns
Click to expand...

2. Effort was on to establish embassies with GCRs Balder & The East Pacific and also Equilism.
3. Foreign Secretary Momotsuu was replaced by Assam in the Diplomatic Corps.
4. The Imperial League of Nations,

, finally merged with us, it's parent region.

1. The continued absence of the Belhorizon represantative also had a toll on the fast flowing RP---the "Fall of heroes" in which Belhorizon Emperor Emmanuel Bassil is murdered and there is a war of succession for the BElhorizonian throne between a general and the Crown Prince Clement Bassil. There has already been a tactical nucleur exchange between Vetega and Gennomia!!

2. The defection of Skako also led a death blow to the popular RP: "The beginning of the Storm".

3. The Sports RPs continued to be widely popular with Alkoul starting the CoC Champions League and Rugby Cuppe.

-
-
-
It is fantastic that the Commonwealth of Crowns is helping TSP as much as they can.

Thanks for the update Bordu.

The help in TSP is much appreciated.

Thanks for the update.

Sabotaging our government? I must say that's not very nice. But expected, I suppose. We don't plan on going away anytime soon though, just to let you know ^-^

-
-
-
Please don't waste your time spraying that nonsense in the CoC embassy. We read enough about it on the NS forums.