Temple of the Cheese God

A prayer for Cheesy Comestibles and Supplication unto The Cheese God.


O Lord, almighty Aristaeus, The Supreme Cheese God, deign to bless and sanctify this Region with thy Cheese (or other fermented or processed cheese related comestible), which Thou hast produced from the fat of animals, that whoever of Thy faithful people eat of it may be filled with every heavenly blessing and Thy grace, and may abound in good works. Through our Lord Aristaeus, the Cheese God. Amen.

The Great Cheese God The All-Fragrant and Fetid Aristaeus has communicated his latest prayer for the well being and Cheesiness of The North Pacific:

In my dreams TNP's made of cheese.
Stilton and Brie grow like fruit on the trees.
The sky's made of Bleu,
The sea's Remoudou,
And Stinking Bishop wafts in the breeze. 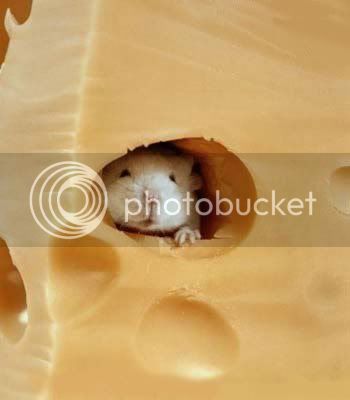 Well, you can always have the additional Cheese Goddess

Queen Ravenna:
Well, you can always have the additional Cheese Goddess

Funny you should mention a Cheese Goddess - In ancient Greek Mythology, Eurydice (????????) would have handled that role.

And the history of the Cheese God:

"At dawn the Etesian Winds were blowing in full force, as they do throughout the world by an ordinance from Zeus. This is how it came about. Folk say that once upon a time there was a shepherdess called Kyrene (Cyrene) who used to graze her flocks in the water-meadows of Peneos. She was a virgin and she prized her maidenhood. But one day when she was tending her sheep down by the river, Apollon carried her off from Haimonia and set her down among the Nymphai of the land in distant Libya near the Myrtosian Mount. There she bore him a son called Aristaios, who is remembered now in the cornlands of Haimonia as Agreus (the Hunter) and Nomios (the Shepherd). Kyrene herself was left in Libya by Apollon, who in token of his love made her a Nymphe and huntress with the gift of a long life. But he took his infant son away to be brought up by Kheiron (Chiron) in his cave.

When the child had grown up the divine Mousai (Muses) found him a bride, taught him the arts of healing and prophecy, and made him the shepherd of all their flocks that grazed on the Athamantian plain in Phthia, round Mount Othrys and in the valley of the sacred River Apidanos.

There came a time, however, when Aristaios (Aristaeus) migrated. The Dog-star Sirios was scorching the Minoan Islands from the sky, and the people could find no permanent cure for the trouble till the Archer-King Apollon put it in their heads to send for Aristaios. So, as his father's command, Aristaios assembled the Parrhasian tribe, who are descendants of Lykaon, left Phthia, and settled in Keos. He raised a great altar to the Rain-god Zeus and made ritual offerings in the hills to the Dog-star and to Zeus himself, the Son of Kronos. In response, Zeus gave his orders--and the Etesian Winds refresh the earth for forty days. The priests of Keos still make yearly sacrifice before the rising of the Dog."

"Aristaios (Aristaeus) was the son of Apollon and Kyrene, the daughter of Hypseus the son of [the River] Peneios, and the manner of his birth is given by certain writers of myths as follows: Apollon became enamoured of a maiden by the name of Kyrene (Cyrene), who was reared in the neighbourhood of Mount Pelion and was of surpassing beauty, and he carried her off from there to that part of the land of Libya where in later times he founded a city and named it, after her, Kyrene.

Now Apollon begat by Kyrene in that land a son Aristaios and gave him while yet a babe into the hands of the Nymphai to nurture, and the latter bestowed upon him three different names, calling him, that is, Nomios (the Shepherd), Aristaios, and Argeus (the Hunter). He learned from the Nymphai how to curdle milk [i.e. how to make cheese], to make bee-hives, and to cultivate olive-trees, and was the first to instruct men in these matters. And because of the advantage which came to them from these discoveries the men who had received his benefactions rendered to Aristaios honours equal to those offered to the gods, even as they had done in the case of Dionysos.

After this, they say, Aristaios went to Boiotia, where he married one of the daughters of Kadmos (Cadmus), Autonoe, to whom was born Aktaion (Actaeon), who, as the myths relate, was torn to pieces by his own dogs . . .

As for Aristaios, after the death of Aktaion, we are told, he went to the oracle of his father, Apollon, who prophesied to him that he was to change his home to the island of Keos and told him likewise of the honours which would be his among the Keans. To this island he sailed, but since a plague prevailed throughout Greece the sacrifice he offered there was on behalf of all the Greeks. And since the sacrifice was made at the time of the rising of the star Sirios, which is the period when the etesian winds customarily blow, the pestilential diseases, we are told, came to an end. Now the man who ponders upon this event may reasonably marvel at the strange turn which fortune took; for the same man who saw his son done to death by the dogs likewise put an end to the influence of the star which, of all the stars of heaven, bears the same name [i.e. Sirius the Dog-Star] and is thought to bring destruction upon mankind, and by so doing was responsible for saving the lives of the rest.

We are further informed that Aristaios left descendants behind on the island of Keos and then returned to Libya, from where he set forth with the aid of his mother, a Nymphe, and put ashore on the island of Sardinia. Here he made his home, and since he loved the island because of its beauty, he set out plantings on it and brought it under cultivation, whereas formerly it had lain waste. Here he begat two sons, Kharmos and Kallicarpos.

And after this he visited other island and spent some time in Sikelia (Sicily), where, because of the abundance of the fruits on the island and the multitude of flocks and herds which grazed there, he was eager to display to its inhabitants the benefactions which were his to bestow. Consequently among the inhabitants of Sikelia, as men say, Aristaios received especial honour as a god, in particular by those who harvested the fruit of the olive-tree.

And finally, as the myths relate, he visited Dionysos in Thrake and was initiated into his secret rites, and during his stay in the company of the god he learned from him much useful knowledge. And after dwelling some time in the neighbourhood of Mount Haimos he never was seen again of men, and became the recipient of immortal honours not only among the barbarians of that region but among the Greeks as well."
Click to expand...

Smell the power of the Cheese!

And the Cheese God saw that it was good and milk around the world curdled in worship! ;D

Wisdom of the Cheese God:

If only The Cheese God would give me some clear sign! Like making a large deposit in my name in a Swiss bank.

Flemingovia is the one true God!

He only rents the title. The Cheese God is the one true God of Cheese. All others are demons or franchise holders of the Cheese God Franchise.

Wisdom of the Cheese God:

Wisdom of the Cheese God Aristaeus:

"Put your hands on the back of the TV set. Feel the power! Yeah! 700 volts will knock your arse across the room!"

Down with Cheez (anything artificial)

We use no artificial ingredients, colors, flavorings, enzymes or fermenting agents!

A Cheese Revival is under way!

All Hail The Cheese God!

A call to CHEESE!

That would be just one aspect of the Omniscient, Omnipotent and Ubiquitous Cheese God. The Melted Cheese God has a position in the Cheese Pantheon of Cheesy Cheesiness of Cheesitude.

Does that answer your Question Saint McMasterdonia of Stilton?

Can I join the Temple?

Lord Nwahs:
Can I join the Temple?

Okay, sacrifice to the Cheese God! Wait... how much Brie did you say we'll need again?

About 2 tons of cheese will do. Let there be a Cheese Fest in The Temple!


Boticelli: The Birth of The Cheese God.

Oh, thy glorious Cheesiness
Hollow be thy Holes!
(I can't think of how to continue)

Lord Nwahs:
Oh, thy glorious Cheesiness
Hollow be thy Holes!
(I can't think of how to continue)
Click to expand...

Hail fermentation, of lactose, the Cheese God is with thee.
Blessed is art thou amongst microbial processes
And blessed be the fruit of thy cellar, cheese.
Holy fermentation, mother of the Cheese God
Pray for sinners who eat no cheese
Now and in the hour of our dinner.