Official Title of Nation: The Democratic States of LibertarianLand

Region of Residence: The North Pacific

Democratic Union Representative (if admitted): Cindy Price from the Office of Regional Relations for The Democratic States of LibertarianLand

Type of Government: Constitutional Democractic Republic based on Libertarian Principles. (OOC: Pretty much think current USA system but with Libertarians in power)

Your Nation's attitude towards Democracy: <3 it.

Your Nation's attitude towards the North Pacific: <3 it.

Reason for joining the Democratic Union: to forge friendship and alliances with fellow TNP DU members, to enhance our regional presence, and to help facilitate free and open trade with our nation and DU membership and TNP.

I, President Paul Washington and Secretary of Foreign Affairs Paige Victoria, swear to promote the ideals of peace, freedom and progress among the other nations of the North Pacific and beyond. By joining the Democratic Union, We understand our role to the region, and will act in such a way that will only benefit its future. We vow to stomp out the seeds of evil that only serve to restrict the values that the North Pacific treasures, and will weed out these seed in the hope that one day our proud virtues can grow prosperously.

Sincerely,
Paul Washington - President of The Democratic States of LibertarianLand


The Democratic States of LibertarianLand 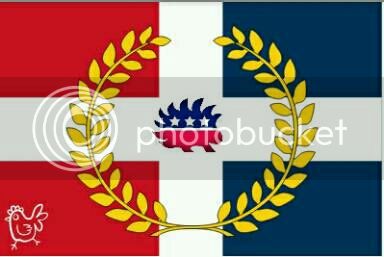 What everyone else said.

I like LibertarianLand. They represent all of the values that this body should aim for, I wholeheartedly support their admission.

mcmasterdonia said:
I think we should ban "full support" as a response

I like LibertarianLand. They represent all of the values that this body should aim for, I wholeheartedly support their admission.
Click to expand...

What about those people who just dont feel like giving a full explanation on why they support the applicant. Like me